NEWS | From The Principal

If you have a child enrolling for Prep next year, please come and collect an enrolment pack from the office as soon as possible. We are having many enquiries for 2022 and we are keen to secure places for families already here at school.

First Semester Reports have been uploaded via Xuno today. On Tuesday 20th July we are having a pupil-free day for Parent Teacher interviews (3 Way conference). We encourage families to bring their child to the interview as there will be an emphasis on goal setting for Semester Two.

Teachers will be available from 9:00am – 5:30pm. See the ‘News from the Office’ section of this Flat Chat for how to book a fifteen minute timeslot on that day.

At the end of this week we are saying farewell to Kay Tomlinson who has worked here in a classroom support role since 2019 and in previous years in the kitchen. Although she is retiring, she has expressed an interest in continuing to come along as a volunteer which we welcome very much. We wish Kay all the best in her future endeavours.

Sam Milner is taking Long Service Leave for Term 3. We wish him all the best. We are in the process of finding a teacher to cover his Physical Education role. We have asked Caitin O’Halloran to cover 5/6B on Fridays. We will let you know any updates as soon as we can.

Sophia – 11 in the fourth week of June

Annabelle – 7 in the fourth week of June

Riley - 11 in the fourth week of June

Odessa – 6 in the fourth week of June

Detroit – 11 in the fourth week of June

Malakai – 12 in the fourth week of June

Chase-Lee – 12 in the fifth week of June

Kay – in the fifth week of June

Maeve – 6 in the first week of July

Fiona - in the first week of July

NEWS | From The Office

Parents may now enter the school grounds, but must log in via the QR codes located throughout the school.

If you are not able to check in using a smartphone or tablet, a Kiosk check-in service is available at the front office.

Using the QR code system does not replace the existing requirement to also sign in at reception (for a specific purpose).

Thank you for your support and understanding of this important health direction.

Accounts are being sent home this week. Prompt payment is appreciated. Please contact Karen Mahoney in the office for any enquiries.

Parent/Teacher Conferences will be held on the Curriculum Day on Tuesday 20th July. All bookings to be made through XUNO. Please see the attached for instructions on how to do this. We encourage students to attend with the parent/carer.

Change of date for Excursion

Please note that due to current restrictions, the whole-school excursion to the Melbourne Museum and IMAX has been postponed to Thursday 9th September. See XUNO for details and to approve/pay.

Reports are available on XUNO now. Hard copies/email copies have been sent home today to those who have requested them (hard copies will be in your child's bag).

The Camps, Sports and Excursions Fund helps eligible families to cover the costs of school trips, camps and sporting activities.

If you have a valid means-tested concession card, such as a Veterans Affairs Gold Card, Centrelink Health Care Card or Pensioner Concession Card, or are a temporary foster parent, you may be eligible. There is also a special consideration category for asylum seeker and refugee families.

Payment amounts this year are $125 for eligible primary school students. Payments are made direct to the school to use towards expenses relating to camps, excursions and sporting activities for the benefit of your child.

If you applied for CSEF through our school last year, you do not need to complete an application form this year, unless there has been a change in your family circumstances.

If you would like to apply for the first time, you can download the form here. Forms are also available at the office.

You can also download the form, and find out more about the program and eligibility, on the Department of Education and Training’s Camps, Sports and Excursions Fund web page.

Please return completed forms to the office as soon as possible.

NEWS | Wellbeing Support from the Department of Education

It can be challenging to process and manage changes to routines and the uncertainty that comes with COVID-19 and related restrictions – including the return to on site learning.

To support our school community during this time, resources and support are available for parents, carers and families.

These resources will help to support the mental health and wellbeing of our students and the young people in our care during this time.

I encourage everyone in our community to access these resources and take care of themselves during this time.

Services and support for students and their families

A Quick Guide to Student Mental Health and Wellbeing resources is available for students, parents and carers looking to access expert guidance and resources to support wellbeing.

Please also see attached the following two resources for parents and carers, and for students, for further wellbeing support during the school holidays.

Supporting the mental health and wellbeing of our students remains our priority this year, especially during the continued COVID-19 pandemic and while students were learning from home during the circuit breaker restrictions.

For students, the guide includes resources to support their own mental health and wellbeing.

The guide also includes resources and supports for parents and carers to help them build their child’s physical and mental health and wellbeing. This includes:

Wellbeing guidance for parents and carers is also available on the Department’s website, or through the confidential parent support hotline, Parentline, available 8am to midnight, seven days a week. Phone: 13 22 89.

headspace has also developed supporting messages for students and parents and carers, providing advice, guidance and ideas to ensure that everyone’s wellbeing is looked after during this time. 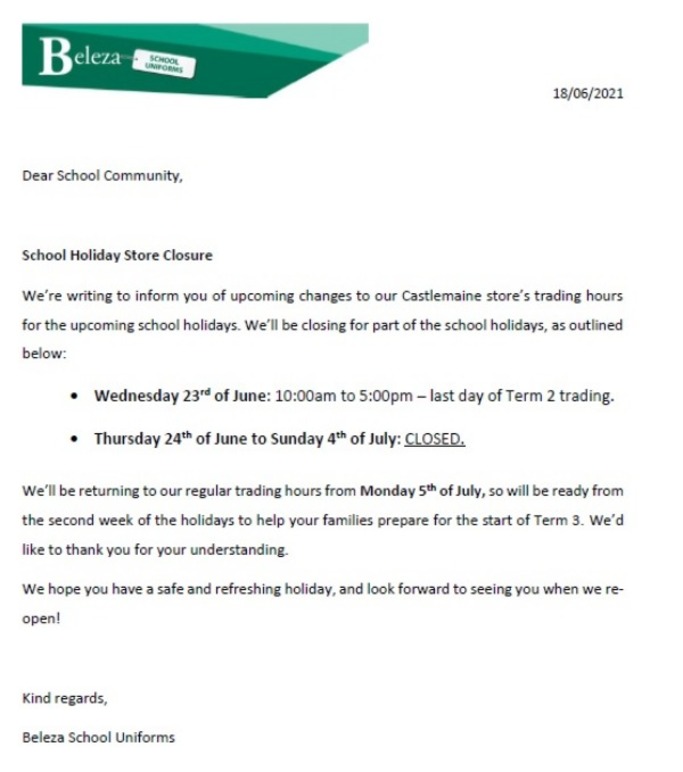 I have compiled here a little list of song and videos to watch with your kids that cover topics such as friendship, emotions, disability, inclusiveness, gender and more. They are recommended for different ages so I suggest watching them first before you show your child/children:

This link is also a wonderful resource aimed at helping young people aged 5-12 years figure out how they are feeling and why. There are a number of questions which lead the user to some stories that inform children how to deal with the issues they are facing. This is something you can do with your child. Or perhaps show your child how to do it and then let them have a turn on their own – if they are able to read and use a computer: https://kidshelpline.com.au/kids

The mental health support system is under immense pressure since Covid-19 began last year. If you are having trouble accessing any services please contact me on hannah.okeefe@education.vic.gov.au. I am available for a chat/meeting on Tuesdays and Fridays between 9:30 and 2:30.

By far the best service you can contact if you or your child are experiencing mental health issues is the Child and Adolescent Mental Health Service. They have a 24 hour number you can call to talk with someone and access services in the region: 1300 363 788 (https://www.bendigohealth.org.au/ChildandAdolescentMentalHealthService/).

If you feel that the stress or anxiety you or your family members are experiencing is getting too much, a psychologist may be able to help. Psychologists are highly trained and qualified professionals skilled in providing effective interventions for a range of mental health concerns, including stress. A psychologist can help you manage your stress and anxiety using techniques based on the best available research. If you are referred to a psychologist by your GP, you might be eligible for a Medicare rebate. You may also be eligible to receive psychology services via telehealth so that you do not need to travel to see a psychologist. Ask your psychologist or GP for details.

There are number of ways to access a psychologist.

*If you wish for your child/ren to participate in sessions with Hannah, please ensure you provide permission on XUNO or sign a hard copy of the permission form available at the office.

For showing Care for Self by participating in all class activities and trying new things with a smile.

For showing Care for Self by always taking care to complete tasks and do her best effort.

For showing Care for Self by working so hard for the whole cooking session last week. What an incredible effort Charlie!

For showing Care for Environment by helping wipe all the benches during cooking last week. Great effort Xzav!

For showing Care for Self and Others by sharing her passion of learning about Indigneous culture and our First Nations people. Thanks Amelia.

For showing Care for Others by being a great helper in the classroom and using your initiative to help keep our classroom clean and tidy. Thanks Kade.

For showing Care for Others. Jacob, congratulations on the diligent and conscientious manner that you are displaying in your role on the SWPBS student team. You are contributing some fantastic ideas and are highly motivated to represent your fellow student body. Thank you so much for your excellent work in this area Jacob.

For showing Care for Self. Abi, congratulations on your hard work in class. You are showing great care and detail in the presentation of some beautiful work pieces. It is also fantastic to hear you speaking up in class, asking clarifying questions when needed, and adding your ideas and opinions more often during class discussions. Keep working on building your confidence, it's excellent to witness. Awesome work Abi.

The class with the best school attendance for the past fortnight is: 5/6B!

THIS WEEK IN THE KITCHEN & GARDEN...

What we cooked in the Kitchen last week...

Remember, all our recipes are available on our school website, so you can try them at home.

Chefs of the day 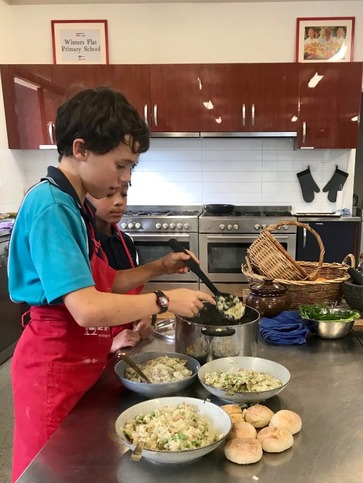 And what we're harvesting from the garden... 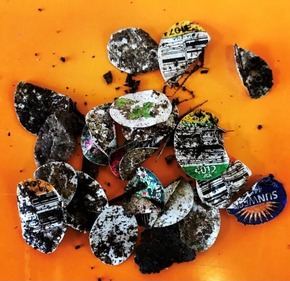 We are starting a campaign to stop these very annoying plastic fruit labels ending up in our soil.

You can help out by collecting these at home and sticking them on a piece of paper. Then the students will send them off with a letter to politicians, supermarkets and fruit growers associations!

Parent/Teacher/Student conferences will be held on this day.

Bookings to be made on XUNO.

WHAT'S HAPPENING IN OUR COMMUNITY... 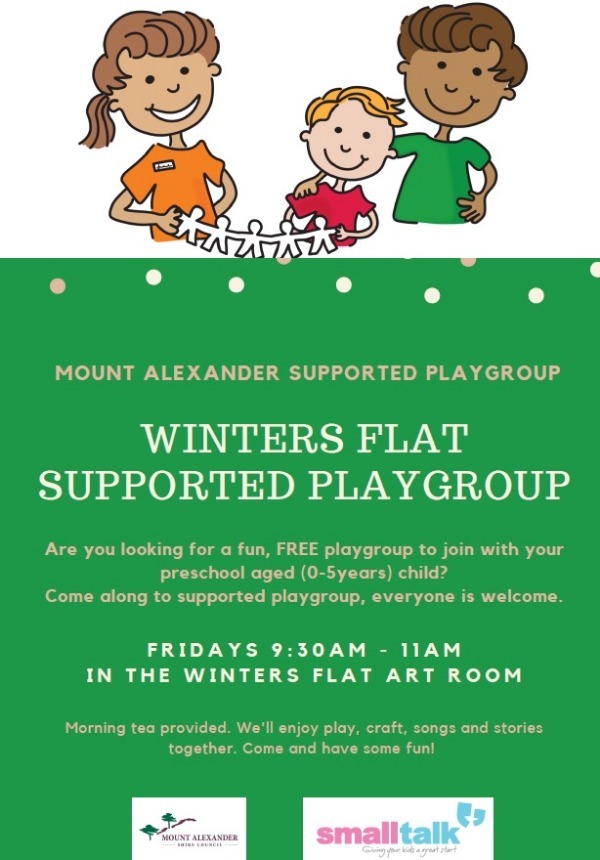 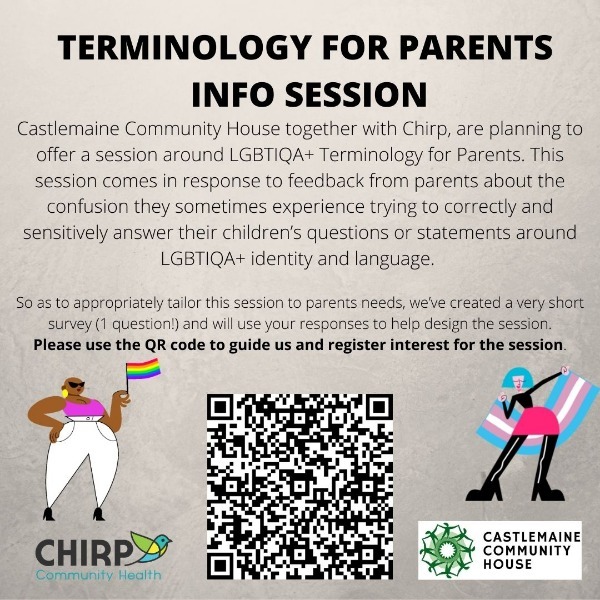 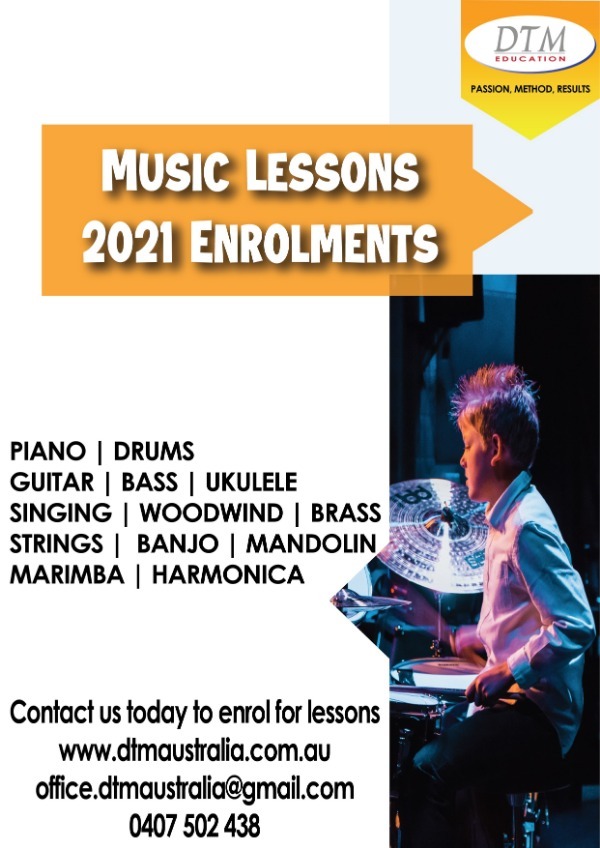 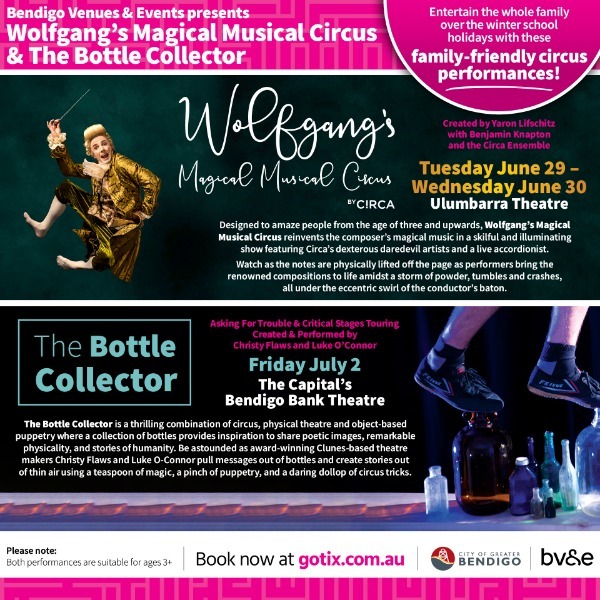